Hey all-
Recently I discovered a wonderful writer who when shes not doing her day job of editing some of my favorite books, writes some great dark Urban Fantasy. Her name is Nerine Dorman and she has a new e book coming out this month. Here is a little bit about Nerine and WHAT SWEET MUSIC THEY MAKE.
Leave a comment below for a chance to win a ebook copy of her latest book.. and enjoy.

tell us a little about yourself.
In short, I'm a grumpy granny Goth who prefers lurking in her Treehaus to venturing forth beneath the blazing African sun. By day I work as a sub-editor and writer at a newspaper publisher. Sometimes they like me enough to send me to exotic destinations like Ireland or Zambia to do a spot of travel writing. For the rest, I'm a published author, a content editor for Lyrical Press and an awful musician who plays an assortment of instruments with varying degrees of sonic horror. Oh, and I like gardening.
How did the idea come about?
To be completely honest... I have no fecking clue with this novella. I sort of did *see* Severin playing rather reluctantly on stage with some blonde with big tits wanting to pounce him. Yeah, I think I started with Severin. And if you look at the cover art, that's pretty much how I imagined him when I wrote. The rest followed naturally--that he was in a situation that was rapidly growing untenable and would have to make some difficult decisions with regard to his future.
So vampires and music?
I'm so not even going to start blaming Rice for this one, but she contributed, as did Poppy Z Brite (actually a large portion of the blame is Mr Poppy's). But vampires and music have been a lifelong interest of mine so it kinda makes sense to combine the two. It doesn't help that I've been writing with Carrie Clevenger, whose Xan Marcelles happens to be a music-loving vampire. Or that one of my Lyrical Press authors, Sonya Clark, has a vampire sidekick with a music fetish in her tales.
I studied music all the way through my primary and high school years, and for a while had been aiming to break into the music industry, but somehow I ended up in the media industry in the print advertising side of things. So yeah, perhaps I'm a bit frustrated, and I live out my dreams by combining some of my favorite things.
do you play any musical instruments?
I started out on piano, all the way through to matric. Played recorder too... then picked up classical guitar in high school, which kind of graduated onto bass guitar when I was seventeen and had pretensions of stardom in an assortment of grunge, goth and black metal bands. A few years ago I got it into my head to buy a piano accordion, but you *really* don't want me to open that box. It sounds like I'm strangling a gaggle of geese.
Best thing I can say at the moment is that I'm tempted to start playing cabaret tunes on my classical with a friend of mine who's got a uke. I've even got a sound engineer friend who's threatening to record us--we're both authors and we think it will be a marvelous promotional gimmick... But it's probably safer that both of us stick to writing that next novel... And no one really wants to hear me sing.
Fav band?
Type O Negative. Hands down. Peter Steele made bass-playing sexy and he was one of my big heroes when I was playing in bands. And his voice... It reduces me to ribbons. After that, Nine Inch Nails, A Pale Horse Named Death and White Zombie. I'm also a big fan of "serious" music. I love JS Bach (especially his fugues), the Kronos Quartet (they're nothing short of brilliant) and Michael Nyman--go look up Where the Bee Dances--as well as Hans Zimmer's soundtracks. If I'm feeling farked in the head, I listen to Diamanda Galas.
whats next for Nerine?
I've got this totally screwy idea to write a "recognizably African" shifter saga because I'm pissed off at a certain foreign publisher that said my work isn't "recognizably African" enough. So I'm going to give them fucking lions and rhinos, with a couple of other weird beasties thrown in for good measure. That's my BIG writing project for this year. I'm still researching it, however.
But I'm also totally stoked that my big release for this year is coming out in May--a novel entitled Inkarna (via Dark Continents Publishing). It involves conflict between members of an ancient Egyptian reincarnation cult.
Knowing me I'll also throw in a few side projects and novellas. Carrie and I have been talking and ideas have been put down... But we're focusing right now on knocking her much-awaited debut novel, Crooked Fang, into shape.
Useful links:
What Sweet Music They Make: http://www.lyricalpress.com/store/index.php?main_page=product_info&products_id=484
My other titles at Lyrical Press: http://www.lyricalpress.com/store/index.php?main_page=authors&authors_id=107
My contemporary erotic fiction writing as Therese von Willegen: http://www.bookstrand.com/therese-von-willegen
Collaborations with Carrie Clevenger:
Just My Blood Type: http://www.smashwords.com/dashboard
Blood and Fire: http://www.amazon.com/Blood-and-Fire-ebook/dp/B006SD3F2S/ref=sr_1_1?ie=UTF8&qid=1326817184&sr=8-1
Follow me on Twitter @nerinedorman or like my Facebook page: http://www.facebook.com/pages/Nerine-Dorman-author/173330419365374
Posted by synde at 3:53 PM 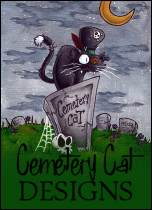 What am I listening to right now?

My Favorite Peeps and things